An Introduction to the ‘Art of Millinery’

An Introduction to the Art of Millinery

Sherry’s Journey’ will be featured through her first presentation ‘Talk’ and will outline how Sherry became interested in millinery.

Millinery has always been and remains to this day a ‘passion’ in her life.  Sherry will explore the development of her ideas and will show you some of her hat creation

The talk will also look at the impact of hats on society through history and  the wearing and designing of hats will be featured. Millinery skills involved in both these areas will be discussed and illustrated.

Sherry is still fascinated by the influence of hats on society and of the millinery skills involved so will explore each of these topics in greater detail during the talk. 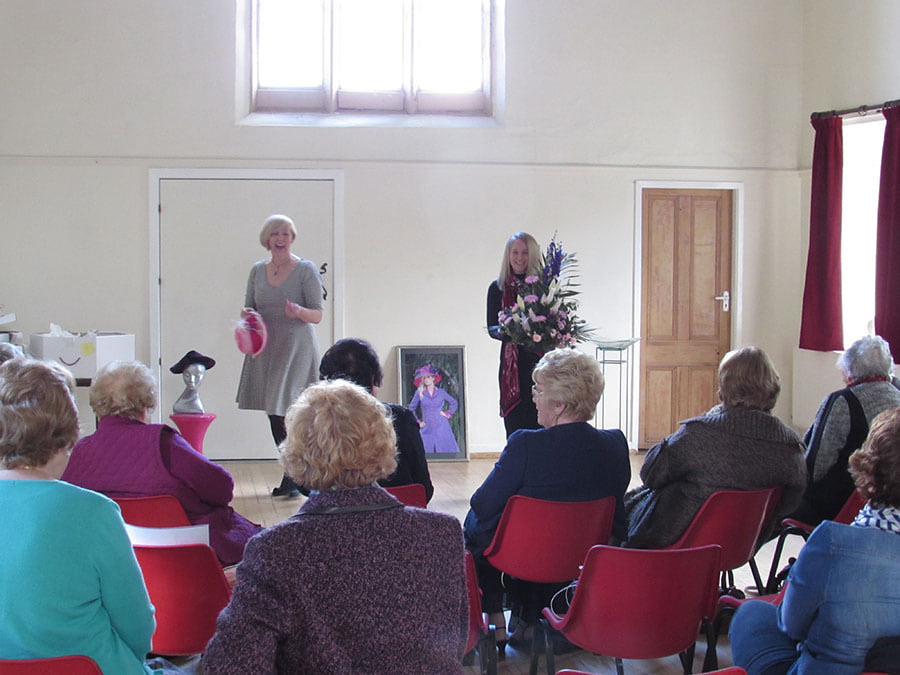 This talk will be an exciting get together to look at the history of the last century of hats.

What women wore each decade of the 20th Century reflects their role within society at that time.

Starting with the Edwardian lady Sherry will move in time to the exciting roaring twenties and then explore the young flapper turn into the picture of elegance by her thirties. By the Second World War garments had to be practical and functional but headwear still played an important part in everyday life.

Hats and hat wearing over these four decades will be covered by selected hat pictures during the talk.

With extravagance returning during the 50s much more is available to us from this decade. Some people will remember the 50s or at least their mother or grandmother will have talked about what they wore.

From this decade onwards there will be examples from each era using vintage hats during the talk as well as pictures of the total look.

This will give the audience a chance to participate and look at these samples in detail. Towards the end of the ‘Talk’ we will be able to share memories.

With refreshments afterwards there should be lots to talk about and catch up on….

Yorkshire show images created by:
Andrew Box, Models and Make Up Pamela Clare
All other images Modelled by Linda Royston and Clare Keeting